Backing out of a real estate deal – will the buyer lose his/her deposit?

There may be various reasons for a buyer to decide not to follow through on a real estate deal – the real estate market may have changed significantly since the buyer entered into the contract with the seller and the buyer now considers his bid to have been be too high; a buyer may not have arranged all the financing that was needed; the buyer may failed to sell his/her own house which left the buyer with insufficient funds to close the deal on the house that he/she has agreed to purchase.

A review of the case law has revealed that the buyer who does not carry through on its obligations almost always loses its deposit, and may be forced to pay additional damages to the seller.

In the case of Tang v Zhang (2013 BCCA 52), the British Columbia Court of Appeal (“BCCA”) re-affirmed the principle that a buyer who breaks the deal loses the deposit. The BCCA held that the seller was entitled to keep the deposit, even though he was ultimately able to re-sell the property at an even higher price and therefore suffered no damages. The buyer had put down a $100,000 deposit on a $2 million residential property and was at fault for not completing the transaction. He asked to get the deposit back after the seller re-sold the property at a higher price. However, the BCCA held that the very meaning of the word “deposit” had to be understood in terms of the historic jurisprudence on real estate deposits which was that deposits have long been considered in Anglo Canadian law to be non-refundable. The Court suggests that there may occasional exceptions, such as when the deposit is unconscionably large. 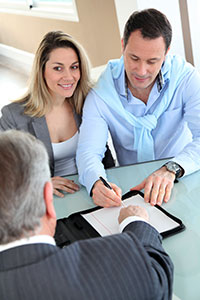 What the buyer may not be aware of is that he may be on the hook for additional damages if he backs out a deal and the seller ends up selling his house at a lower price. In a recent case from British Columbia (Albrechtsen v. Panaich, 2017 BCSC 1361), the B.C. Supreme Court ordered a buyer who walked away from a Surrey, B.C., real estate deal last summer to pay the sellers more than $360,000, or six times his original deposit ($60,000.00). There, the original agreement had been to purchase a house for $1,260,000, and the seller ultimately sold it for $910,000.  Including expenses, the court held that the defendant was required to compensate the seller for total damages of $360,000. That would require a payment of $300,000 in addition to a $60,000 deposit that the buyer had forfeited.

It is interesting that in an Ontario case (Xu v 2412367 Ontario Limited, 2017 ONSC 4445), the Court rules that buyer will also lose his deposit even if he wants to complete the agreement to purchase, but has fallen into a technical violation of the agreement.  The buyer had already paid a deposit of $1 million, and was committed to paying an additional deposit of about $2.5 million two weeks later, on September 30.  However, the buyer ran into difficulty, because he was counting on getting money from the sale of another property, which was delayed. The stated deadline came and passed, and the seller notified the buyer that it considered the deal to be cancelled. The buyer wanted to borrow money to close the deal later, but the court held that there was no obligation on the seller to accept a late payment.

Conclusion:
As soon as a real estate contract is signed, the buyer is liable for the deposit regardless of whether the seller can get more or less than the agreed upon price at a later date.

If the seller gets less, the buyer could be on the hook for the difference and any damages incurred.